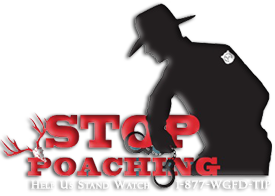 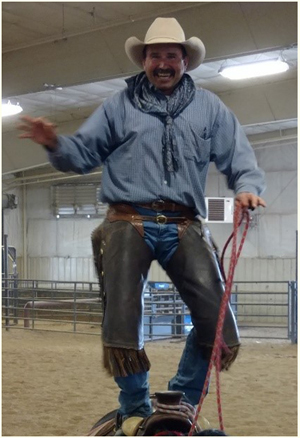 Powell game warden Chris Queen retired on July 8, 2022. Chris began his wildlife career in the late 1980s, working seasonal jobs in Idaho and Montana while earning his Wildlife Biology degree from the University of Montana. His Wyoming Game and Fish career started in 1994 when he was hired to work on the Wiggins Fork elk project out of Dubois. Chris worked a variety of AWEC positions for the Department, including several stints with the Large Carnivore section, before his first permanent appointment as the Kemmerer district game warden in 1999.
In 2005, Chris was selected to take the reins of the Powell district upon Mac Black's retirement. Chris is an accomplished backcountry horseman and has spent hundreds of days and nights working to conserve Wyoming's wildlife in the most remote landscapes in the lower 48. He has willingly shared this knowledge with many Department employees during his career.
Chris was recognized for his work ethic and talent when he was selected as Wyoming's Shikar Safari Officer of the Year in 2010. A former supervisor said, "Chris is one of those few people who can do about anything, and do it well." We couldn't agree more. 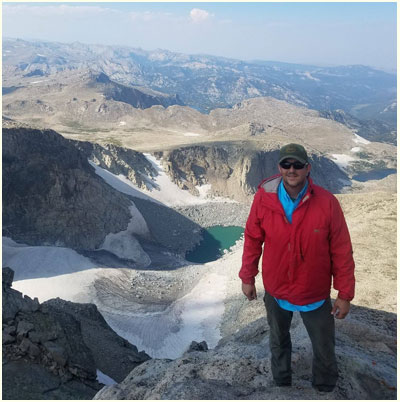 As of August 1, 2022, former Lander Game Warden Brady Frude has started his new role leading the new Recruitment, Retention, and Training (RRT) work unit.  Brady is a graduate of the University of Wyoming and brings a wealth of Department experience to this position, having served as a game warden in Laramie, Rawlins, and Lander. 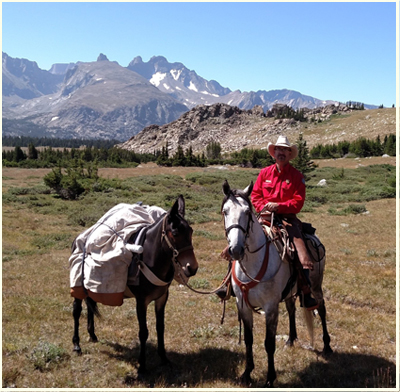 Effective October 1, 2022, Sheridan Regional Wildlife Supervisor Craig Smith will be taking the reins Deputy Chief of the Wildlife Division.  Craig brings 24 years of diverse experience with the Wyoming Game and Fish Department, having worked in nearly every region of the State during his tenure.  His experience and practical leadership style will serve the Division and the organization well. 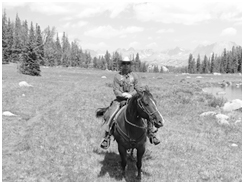 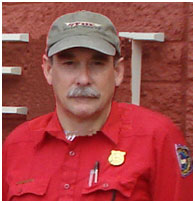 MARK BRUSCINO – Mark retired in June, 2013 as the Trophy Game Supervisor and began his G&F career as a fish biologist in the Laramie Region in 1984. In 1988 Mark became the Lovell Game Warden and later transferred to the Grizzly Bear Specialist position in Lander. A significant portion of Mark's career was spent handling and mitigating large carnivore/human conflicts, which is very important, and at times, contentious work. He spent thousands of hours in Wyoming's most remote and wild places investigating bear, mountain lion and wolf conflicts and depredations. He worked extensively with those who made a living in bear and wolf country – livestock producers. His ability to work with people coupled with his knowledge and understanding of wildlife was key in resolving conflicts. It didn't take long before he became recognized as a leading national and international expert on investigating depredations and resolving conflict. 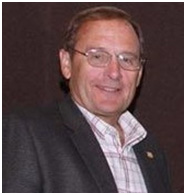 JERRY GALLES – The often–used description of Wyoming as a small town with long streets rings true to the people here because there are so many personal connections and because of individuals like Jerry Galles. He is a hub for those who care about the future of this “small town” especially in the sphere of people who are passionate about wildlife, the outdoors, hunting and fishing. He binds together those who share these values and interests because those who encounter Galles have been impacted by his character and kindness.

Beyond the way he treats people is also an incredibly deep commitment to Wyoming’s outdoor way of life. In a world where time translates to money, the way someone spends their time shows their life’s priorities. Galles has invested thousands upon thousands of hours into conservation. He has poured himself into efforts supporting all manner of wildlife by giving substantially to groups including the Rocky Mountain Elk Foundation, the Wyoming Wild Sheep Foundation, the Mule Deer Foundation, Muley Fanatics, the National Wild Turkey Foundation, the Old West Invitational Turkey Shoot, the Natrona County Land Use Committee, the Governor’s Big Game License Coalition, the Wyoming Game and Fish Commission and in fact the list goes on from there.

Listing all of the groups Galles is a part of is one way to illustrate the breadth of his passions and the depth of his knowledge. But, his involvement has been about more than attending meetings and giving, which he has done generously – it includes all aspects of conservation. As a young child he made the outdoors, hunting and fishing a big part of his life and he has been a lifelong learner, getting involved in wildlife stewardship from the ground up. Galles has developed experience and understanding about habitat, migration, herd dynamics, the importance of hunting and angling, regulations and land use. He also is a keen participant in making wildlife conservation work by seeking allies, fundraising and engaging with the general public. Galles was also a stalwart and enthusiastic volunteer at the annual Hunting and Fishing Heritage Expo in Casper.

Galles’ background and abilities contributed to him playing an instrumental role in several major wildlife management efforts. For instance he helped craft and get passed the policy that led to the gray wolf coming off of the endangered species list, similarly he was a part of Wyoming’s leadership on sage grouse management and grizzly bear recovery.

Throughout his life, and especially as a Game and Fish Commissioner, Galles put a special emphasis on ethical hunting practices. Above all he has made those practices and that philosophy part of his life and has taught it to many others, starting with his daughters who are also passionate about the outdoors.

Galles is a statesman for wildlife. His involvement in conservation has come at all levels and his enthusiasm and care for this heritage fosters action in others. That is imperative for the success, viability and relevance of wildlife management for the future. Volunteerism and philanthropy at Galles’ level has provided stewardship for what is one of the keys to Wyoming’s incredible quality of life: our wildlife and great outdoors.

Dave Bragonier – Serving as a Wyoming Game Warden for more than 30 years, the name Dave Bragonier was synonymous with wildlife law enforcement in Wyoming. Through his tenure with the Game and Fish he served as game warden in Baggs, Kaycee, Dayton, and Riverton, and was best known for his tenure as Cody Game warden, where he served for more than 20 years. On his retirement from the Game and Fish he volunteered with the Wyoming Wildlife Federation and later served as president of that organization where he participated in national wildlife issues. To this day, he continues to be involved in wildlife issues, frequently lecturing on conservation topics at museums, libraries, and other public forums.

Rex Corsi – As former chief game warden with the Wyoming Game and Fish Department, Rex Corsi has done numerous things that have affected the direction of wildlife management and law enforcement in Wyoming. Before becoming chief game warden, Corsi served as a fisheries biologist and also served as game warden in Jackson, Jeffrey City, Cody, Tensleep, and Worland. He served as chief game warden from 1972-1989. Under his leadership he initiated one of the first non–game wildlife programs among the states and was involved with the prevention of legislation to allow big game ranching into Wyoming. His policies were crucial to forming a solid foundation for the continuation of science–based wildlife management in Wyoming. 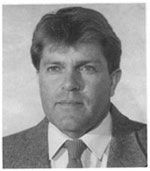 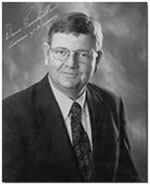 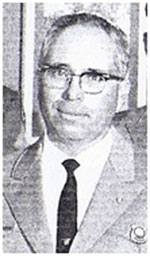 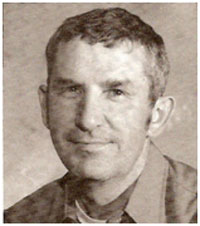 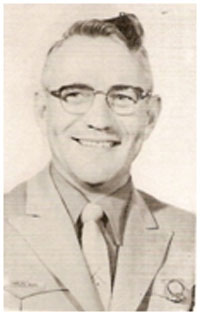 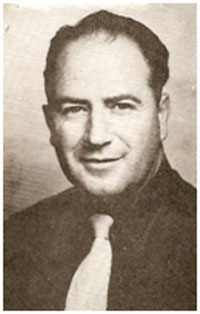 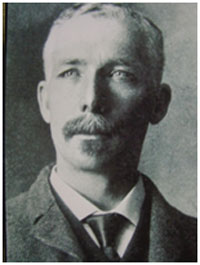 Initiated in 1988, to honor an officer for the previous year’s service.

Nominated by any member of the Association, although each Regional Director is asked to provide at least one name and a writeup of the individual.

Winner is selected by the President, Vice President, Secretary, Treasurer, and the previous two years winners. In case of a tie, the Executive Officer casts a vote. Winner is announced at the WGWA banquet at the annual meeting.

Winner is offered an expenses paid trip to the annual NAWEOA meeting in the summer. Winner also receives an engraved plaque.

Letters of nomination are sent to the Chief Game Warden for inclusion in their respective personnel files.

WYOMING GAME WARDENS ASSOCATION
PRESIDENT'S AWARD
Initiated in 2019, the WGWA President's Award was established to recognize those who have demonstrated outstanding contributions to the WGWA, Wildlife Law Enforcement and Wyoming's wildlife. The President’s Award is reserved for individuals or groups whose dedication and diligence to these causes are truly extraordinary and unmatched in merit. This award MAY be given out annually by the WGWA President with input and guidance of the WGWA executive board.

Nominated by any member of the Association, although each Regional Director is asked to provide at least one name and a writeup of the individual.

Winner is selected by the President, Vice President, Secretary, Treasurer, and in case of a tie, the Executive Officer. Winner is announced at the WGWA banquet during the annual meeting.

Winner is offered an expenses paid trip to the annual WGWA meeting to receive the award. Winner also receives an engraved plaque. Other nominees receive a certificate of appreciation.

Nominees do not need to be employees of the Department.

Nominated by any member of the Association or any other wildlife professional.

Winner is selected by the President, Vice President, Secretary, Treasurer, and in case of a tie, the Executive Officer. Winner is announced at the WGWA banquet during the annual meeting.

Winner is offered an expenses paid trip to the annual WGWA meeting to receive the award. Winner also receives an engraved plaque. Other nominees receive a certificate of appreciation.

Nominees do not need to be employees of the Department.

This yearly award is sponsored by the Safari Club International. Each recipient receives an engraved plaque and a $500 donation is made in their name to the Wildlife Officers Memorial Fund. The WGFD allows the officer to attend an out–of–state training conference of their choice. Officers are nominated by their peers and selected by the WGFD administration. The award is presented annually at the Hunting and Fishing Heritage Exposition Banquet.